Don't get caught out - use a Property Management Company that knows the difference! 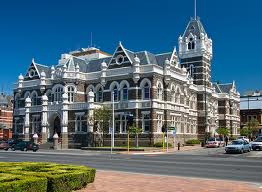 We received an email from a local lawyer, regarding a decision by the District Court – Residential Tenancy vs Boarding House ruling.

Essentially, it said that the advice being given to tenants by the Department was that if the house that they are living in, meets the physical make up of a boarding house, it is therefore deemed to be one and the tenant can give 48 hours notice and terminate the tenancy. This advice still applies even when the parties have entered into a fixed term tenancy agreement. Clearly - this has significant implications for landlords.

It was this very issue, which came before the Tenancy Tribunal (and was subsequently appealed). At the first hearing, the Tribunal found in favour of the tenant and concluded that if a house fits the physical definition of a boarding house under the Act, then it is indeed a boarding house regardless of there being a fixed term tenancy agreement. The tribunal went further and said there was no need to look at the tenancy agreement and/or intention of the parties in these cases.

On Appeal it was argued that this decision and the Tribunal's reasoning was wrong, and that the relevant sections of the Residential Tenancies Act are enabling provisions and not deeming provisions. A further argument was made that once you had a property which could be a boarding house because it fits the definition of one, it was incumbent on the Tenancy Tribunal to go further and look at the evidence, including but not limited to the tenancy agreement and the intention of the parties.

The Court accepted this view and confirmed the position that the relevant sections in the Act are indeed only enabling. The Court also held that the Tribunal must go further than considering the physical description of the property and consider the actual tenancy agreement and the intention of those entering into that agreement. The Judge also indicated it would be prudent for landlords and/or agents to note on future fixed term tenancy agreements that the parties expressly acknowledge this is not a boarding house tenancy.

Due to there being a lot of large old buildings in Dunedin being converted into studio rooms this situation is more common than we think and can be very confusing.

Let us Keep You Up-To-Date